We always assume that facts are immutable: unable to be challenged and never changing. And we assume that this is a fact. Then we assume that suspicion is always based on fact. Well, no. It's not - as we can all readily spot from the things that happen in our daily lives.

We are a few days after Midsummer's Day in the northern hemisphere. Down south, it's the middle of winter. And, of course, the difference is more pronounced the further one goes from the equator.

Fun fact: the Equator is moving.

When the residents of Pontianak in Indonesian Borneo decided to mark it, they didn't know that. So they built a landmark. I was on one of my little trips where I leave home with a small rucksack and disappear without much of a plan for three or four days.

I travel alone and spend most of the time laughing at the unusual. This time, I flew to Kuching in Malaysian Borneo and got a bus for the eight hour trip south. I had booked, as I usually do, the rear corner seat. I was in seat number 1. Seat number 3 wasn't there. Seat number four was the toilet with a proper sign, not a wag's scrawl.

I'm not kidding: the toilet door had the number "4" on it.

The suspension on the bus was basically missing: in Kuching, where the roads are good, it bounced up and down alarmingly. For the next seven and a half hours on the main north-south road that is, in places, a mud track and in others a series of large potholes joined by thin strips of what was once a tarmac road, it bounced so much that I was often lifted out of my seat, only to come crashing down again, like being in a boat on a stormy sea.

On arrival at Pontianak bus station, the first thing I found is that it's not in Pontianak. The second is the rush of taxi drivers all shouting. As the sole orang putih (white man) I was the obvious target. To escape, I headed for the toilet but one even followed me there.

But I didn't care because I was dumbfounded by the collection of plastic bottles lined up - all filled to varying degrees with a dubious yellowish liquid. Obviously eight hours bouncing up and down with only one brief stop is more than many bladders can bear.

That's the kind of thing that always happens to me. The thing is that things like this happen to everyone else, too. The difference between me and them is that am always on the look-out for the ridiculous so that I can laugh at it and, even, get a funny story out of it. Those with a different outlook see anomalies as annoyances. Whatever, these are the unusual things that should put people on notice so they think about risk and, therefore, about suspicion.

And so to my plan to go and take a photo, at midday, of my shadow with one foot either side of the Equator. You will have worked out by now that you can't see it because it didn't happen. I had a map . I had GPS. I even had mark on the ground where the Equator used to be but, no matter what, I couldn't find it. Mad dogs and Englishmen go out to find the Equator in the midday sun.

There is a point to the story: for once, I was prepared. I actually had tickets for the flights and the bus and I had booked a hotel near (ish) to where I wanted to be. And I had a map. On paper. And Google Maps. And a GPS App that tells me that I have missed my target and never, ever, goes to zero: it's always a bit north or a bit south. And a compass.

So, there was I, with my policies and procedures in place and backed up with technology that would have been the stuff of science fiction only a generation ago and I still failed at something as simple as standing, a leg either side, of a line that turns out to be as much a matter of opinion as a matter of fact.

The fact that we've just passed another equinox brings to mind a conversation with a friend a short while ago.

He lives just one floor away from me. Since the onset of restrictions due to the CoVid-19 pandemic, we've bumped into each other maybe four or five times, always saying that we'll meet in one flat or the other and have a meal and some decent wine. We noticed when we spoke the other day that, in the 18 months since the world went mad that we never actually just walk up or down the stairs, as the case may be, and knock on one another's door. The reason, we agreed, is that time has lost all meaning: we've gone around the calendar and more in a kind of suspended animation. Yes, everyone keeps busy in one way or another but the concept of time has become alien.

It's not a mañana attitude: that's a choice. This is literally getting up, planning the day and suddenly it's night and time has run away while seeming to be putting no effort into doing it. I'm sorry for your loss on the passing of your great friend, Time.

As the world marks time, we have to wonder how we are going to manage to slot back into the old ways - if we ever do. We need to think about it: are we going to spend the first x months, even years, on "island time"? Are we going to recognise that while we've kept busy, it's often been superficial. A lawyer friend says she's worried about going back to work and how she will cope with the pace of litigation. I don't think she need worry: most people are going to be dopey.

Most people, that is, except criminals who have had a fine old time ripping off governments and their loan or grants schemes.

I am not aware of a single country that has not had its public-support measures plundered by the simplest of all frauds. I am bemused by how the very departments that tell financial institutions that they must identify fraud and corruption have been so lax in their own vetting of applicants.

Con artists are everywhere. While I was writing that previous section, a spam-spam arrived. The Domain Name is capitalones. co

It's not hard to see where the inspiration for that came from, is it?

My own way of keeping busy was to decide that I wanted a mechanism to encourage people to make a contribution, a donation if you like to think of it that way, when they read the free material I have on the web. Some of it is very, very popular given the relatively narrow range of people that are interested. I was surprised to see Google Research results that show that my work, in books, academic papers and articles, has been cited in hundreds of academic papers.

I could have used an existing scheme but where's the fun in that?

The end result is that I have today launched pre-registration for HonourPay.com.

If you publish, in any medium on any website, newsletter or social media or articles platform, you can sign up to join HonourPay, a frictionless way for your readers, viewers, listeners, etc. to buy a downloadable thank you" from you to them for supporting you.

There's no startup fee. We take a small percentage for building the infrastructure and keeping the whole thing working. You get a profile on our HonourRoll so that readers can browse and find content creators in one place - which, of course, means more opportunity. HonourPay doesn't host content: that's the job of publishing businesses. We are the content-to-revenue gateway and the more content creators use it, the more visitors will recognise it when they see it.

So drop by the admin site at honourpay.com and sign up ready for launch. The full live site is in demo mode and will go live on 14th July.

Stay happy, safe and well and look after yourselves and those around you. 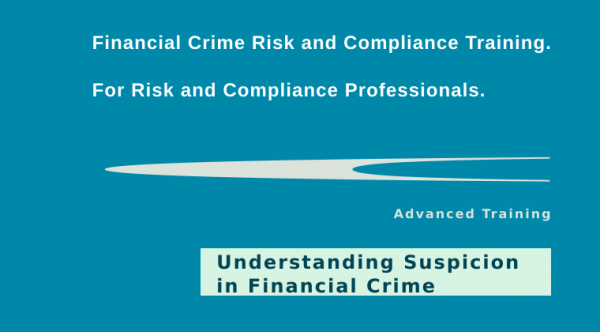