David Cameron, speaking in Japan where he is attending the G7 Summit, has said that the young, in Britain, should register to vote. He says it may be the most important vote of their lives and it is for them to decide what kind of country they want to live in. He’s exactly right.

And when they do, they should vote to leave the EU. This is why. And as someone who supported the “yes” vote in 1975, I start with a mea culpa.

20160115 How DailyMotion.Com profits from criminal enterprise and may be helping terrorists.

I woke this morning expecting to pack for a trip, do a few bits and pieces at work, put the data I need for travel onto a portable drive and clean the house so I don’t come back to a dump, all after enjoying the first cup of tar-like coffee that starts my day.

As usual, while the espresso machine was heating up, I looked at the overnight e-mails. There, right in plain view, was another example of why the internet needs a major clean up. 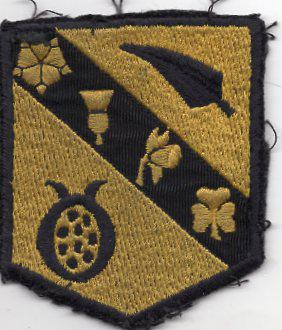 In the intervening years, things have changed...

A report in The Guardian says that the leader of the “eBible Fellowship” has announced that the world will end on 7th October.

There is no doubt that strong action is needed against Da’esh / ISIS / ISIL. But have we lost sight of the fact that the brutality of Syrian President Assad against Syrians was the catalyst for the current conflict and foreign intervention?

There’s a serious problem in Financial Crime Risk Management and Compliance: the lack of precision in language means no one knows where they stand.

I’m amused by the social media campaigns for Corbyn as an icon of socialism in the UK.

It seems that he’s the man for everyone – so long as you are from a minority that he can claim to support or a self-interest group that can garner votes from its members.

We all make mistakes and often for the best of reasons.

In terms of sentencing in English law, there is, in effect, an upper figure. Murder is generally subject to a life term, but convicts are released “on licence” – some earlier than later but, if they are going to be released at all, rarely more than 14 years. The maximum sentence for theft, robbery, money laundering, terrorist financing is, in each case, 14 years per count.

I am constantly amazed by the utter rubbish spouted by so many so called experts in the field of counter-money laundering, including many who proudly add various letters after their names.

We don't have to argue for or against the macro effects of global warming. Just look out of the window, or count the number of showers you need each day.

As if proof were needed: three days of a long weekend and Kuala Lumpur is almost free of pollution and the temperature has dropped by two degrees.

Yanis Varoufakis, has resigned. In one of his last pronouncements as Greek Finance Minister, Varoufakis said the idea that Greece could print Drachmas was a fallacy. He is reported as having said "we destroyed all the presses."

While he might be right in one respect, that of printing actual Drachma notes, he's fundamentally wrong in another. There is an option that would fix much of the crisis - although it's one that would cause the EU to have a major fit.

We've been here before and if it wasn't so serious, at least part of it would be funny.

Instead, MLROs across Europe have a nightmare in the making.

Imagine that you need to book a flight at short notice from London to Kuala Lumpur and back. There aren't many options but you find one with a transit in Abu Dhabi and, even better, it only takes about an hour longer than a direct flight.

So you book it on-line through a reputable on-line service but, because the flight is at short notice, it's necessary to do some of the paperwork by phone.

20141126 I just love being right - my new book - Cleaning up the 'Net - covers Facebook, terrorist threats and profit nicely.

When I began writing my new book, there was one primary focal point: big companies providing internet services profit from the crimes of others. That profit can be tracked and traced and internet companies can be made culpable in just the same way as banks, etc. who deal with criminals.

One of the great things about having been, albeit briefly, a criminal defence lawyer is that I've heard some pretty stupid defences.

20141010 Of mice and good decisions. And a very stupid conference sales person.

Sometimes we find that we have made superb decisions because, when we have to make similar decisions, it turns out that we assess all the latest data and do the same as before.

According to Sky News Israel had a bad day yesterday. Ten of its soldiers were killed. In uniform, some within Israel's borders.

Sky news did not use such sympathetic terms when reporting what happened in Gaza.

The monthly newsletter has slipped a bit behind schedule because other things have slipped, too. So this is a long newsletter, covering two months.

I'm English. I don't have a vote in tomorrow's Independence for Scotland vote. If I did, I'd vote that they are thrown out of the Union, that all Scots are sent back across the border, unable to benefit from continued residence in the rest of the UK. I'd revoke the damage including fundamental constitutional change done to England by the Scottish combine of Blair/Brown and Darling.

For sure, I would not be bribing them to stay as the current UK government is trying to do.

Not the best start to Friday to discover that some bastard is promoting illegal copies of my book "Sun Tzu and the Art of Litigation" hosted by Cloudflare on a domain released by Public Domain Registry (PDR) - a company we are already looking at because it is heavily featured, along with GoDaddy, in the latest wave of domain registrations for spamming - all with a .eu address. More in the imminent issue of World Money Laundering Report.

20140903 The ides of August – and how pop culture makes our lives more difficult.

This week: a crazy month when it’s supposed to be the silly season, why e-book sales via Amazon.com are beginning to look like a bad idea and how pop culture makes our lives more difficult by spreading rubbish under the guise of knowledge.

20140819 The evolution of man into a goldfish staring at the world through the cardboard tube in a toilet roll.

Is social media turning us into a species akin to goldfish?

It’s taken far longer than expected but as of two minutes ago, “How does that make you feel? Identifying suspicion in money laundering and terrorist financing” with all errata in the body of the book instead of on the more usual scrap of paper is available.